In Part One I told you that Ducky was “misbehaving” and that somehow I was going to put an end to it one way or another. Okay, so I’ve “wised-up” and realized what is really going on here. For one thing, Ducky is trying to establish and assert her place in our family unit as “top dog”. Secondly, I know she’s just doing what some dogs do as a natural course of events.

If you missed Part 1, you can find it here.

So, I’m back to being the “mean stepmother”. Back to enforcing all the house rules such as manners, respect, and basic obedience. At least with Ducky. Callie and Shadow know the rules, boundaries, and limitations; and, for the most part live by them. Where their arthritis limits their abilities, I cut them some slack. Truth be known, I cut them a lot of slack. They’ve earned it. Ducky has a L O N G way to go before she reaches that point. Hubby, meanwhile, has decided I’m “going too far” with Ducky’s discipline, and pretty much allows her to wrap him around her two front paws. It makes my job harder, but I’m not going to back off. I will still make sure she stays off the couch and chairs when I’m around. And I will still make sure she knows the rules. If she blows hubby off when he asks her to do something, I’ll laugh to myself with an “I told you so”.

What Ducky needs is discipline. I’m not talking about being yelled at, “spanked” like a child, or that kind of thing. I mean guidance, lessons in impulse control, and — for lack of a better word — structure in her life here at home. The one thing she doesn’t need is to be spoiled even more rotten than she already is; allowed to do whatever she wants to do, whenever she wants to do it, and wherever she wants to do it. She doesn’t need to be allowed privileges she hasn’t earned — like sleeping on the couch like her sisters or sitting in our laps just because she’s small enough, especially since Callie and Shadow are no longer small enough to fit in our laps. Callie and Shadow earned all of their privileges a long time ago. It’s only fair that Ducky should have to earn them as well.

Sit-stays, down-stays, and structured walks around the yard have become commonplace around here again. At least for Ducky. And especially since Callie had her ACL surgery last week. (That’s a whole other post.) Being the little opportunist that she is, Ducky continues to try to get away with pushing ahead of us. Hubby lets her get away with it constantly; but I have my hands full with Callie during our bedtime walks around the yard, so I can’t do much about Ducky. Although there are times, like last night, when I have to turn my head and tell her to sit-stay so she doesn’t trip Callie or me. Why is discipline such a hard concept for men to grasp at times?! Geezloweeze!

Ducky IS learning — or, I should say re-learning — her manners. At least around me. She sits at the bottom of the steps – mostly without being told – and waits for me to come upstairs and invite her to join me. At least when I’m the only human in the house. She usually stays on her mat in the living room, but this morning I found the stinker on the couch when I returned from a momentary trip to the kitchen. Still, she did get off when told. That in itself is an improvement.

Perhaps just as important, I’m learning a few things myself. I’ve learned (and keep learning) not to expect too much too soon as far as Ducky’s learning curves are concerned. I’ve learned to be a bit more patient with her — and constantly remind myself — and to watch her for signs of training overload, or just anxious hyperactivity. Sometimes she just has to settle down and relax for a while. (If only I could teach my husband the same thing!!) At least when it’s just the dogs and me in the house, I can create and pretty much maintain a peaceful calmness (until the doorbell rings or hubby gets home from wherever).

This site uses Akismet to reduce spam. Learn how your comment data is processed. 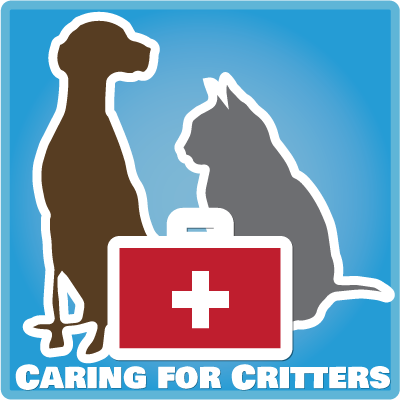